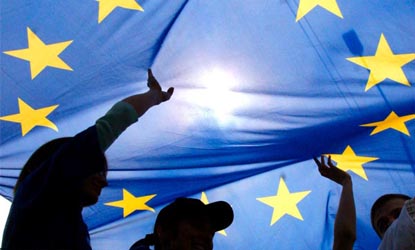 Andrei Sannikov will stay in a KGB jail until his case goes to court.


The lawyer of presidential candidate Andrei Sannikov reported yet another unsuccessful attempt to bring about a change in the measure of restraint for the defendant. On 15 April the Minsk City Court considered the appeal against the extension of the period of detention, but it agreed with the decision of the investigators.

Lawyer Andrei Varvashevich recalled: "Earlier the lawyer Sapelko complained against the choice of measure of restraint in the form of detention, then he appealed against the refusal (to change the measure) in the Minsk City Court, also to no avail. Later, when Pavel Sapelko stopped his work, the measure of restraint was continued. Lawyers appealed against the extension. On Monday, the appeal was considered in the central court; not being satisfied, we appealed to the city court, but again to no avail."

According to information, the state of health of Andrei Sannikov at the time of his last meeting with lawyers was "satisfactory".

On 15 April a representative of the prosecutor's office in Minsk, Sergei Balashov, provided information that the criminal case against Sannikov had been directed to the court under the article about organisation of mass disturbances. The sentence guideline for this offence provides for imprisonment for a term of up to 15 years.

Balashov also clarified that Sannikov’s case will be treated as one along with those of Ilya Vasilyevich, Oleg Gnedchik, Fyodor Mirzayanov and Vladimir Yaromenko, who are accused of involvement in the riots.