This year, for the first time in the history of the festival, our country was represented amongst the member countries of the E.U.


At the three-day fair "Europe at one table" the Belarusian tent was at work, at which activists of the civil campaign "European Belarus" acquainted Lithuanians and visitors to Vilnius with the situation that has arisen in our country. At the three days of the fair, one thousand leaflets were given out in Lithuanian, English and Russian about the mass arrests of the opposition, political prisoners in jails and the total violation of human rights in Belarus. The activists also handed out badges of "European Belarus" to passers-by. Lithuanians and visitors put them on with pleasure, as a mark of solidarity with Belarusians.

The ambassadors of European countries, journalists and politicians came to the opening of the tent, and most importantly the appearance of the Belarusian group "Testamentum Terrae", which performed medieval music, attracted the attention of passers-by. Vilnius cooks prepared dishes from national Belarusian cuisine - "babka" and "mochanka".

(Note to readers: "Babka" is grated potato (usually with meat), baked in an oven. "Mochanka" is pancakes with meat and a creamy sauce.) 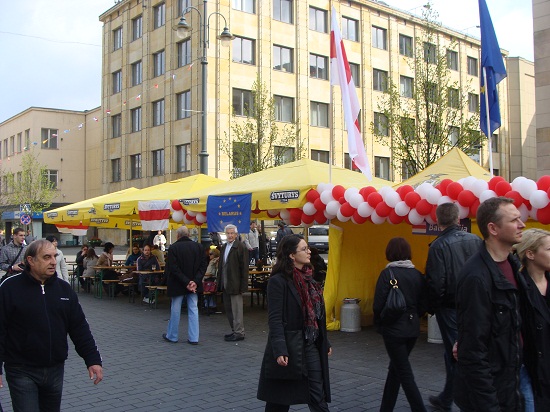 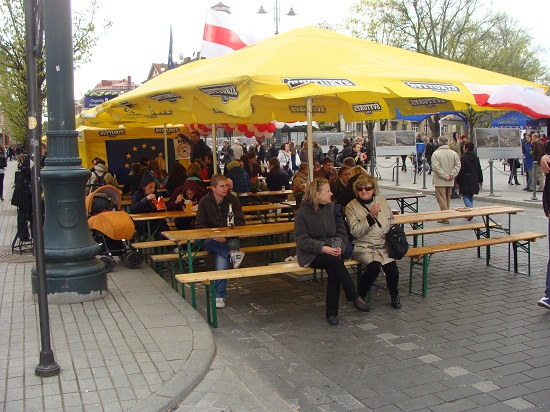 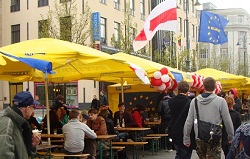 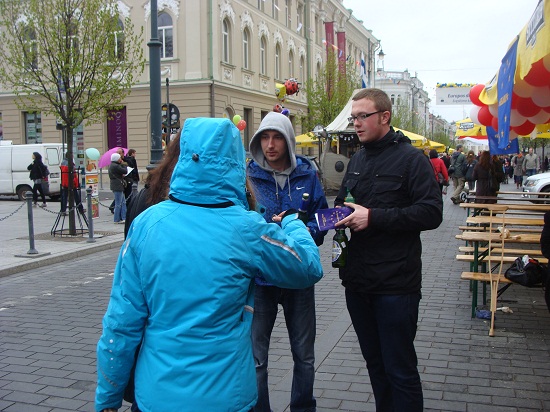 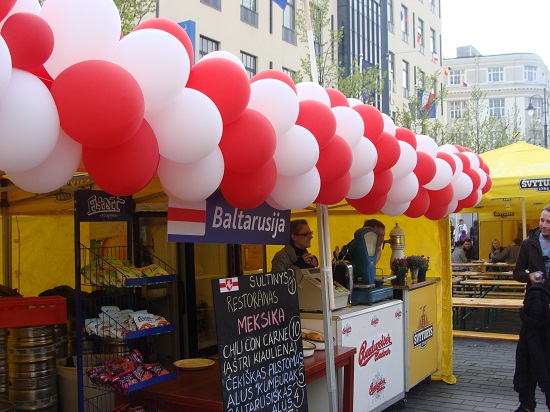