An action of solidarity with participants of the trial of 14 was held in Minsk by activists of the civil campaign “European Belarus.”

Activists of the “European Belarus” went out to Independence Avenue near Victory Square. They had portraits of participants of the protest action of entrepreneurs Paval Vinahradau, Mikhail Subach and Maksim Dashuk, who will have trail in the Central district court of Minsk on 26 May.

14 opposition activists are involved in the case on participation in protest actions of entrepreneurs. 10 of them have been already convicted. Youth activist Andrei Kim is sentenced to one and a half year in penal colony by the Central district court of Minsk. Other participants of the trial of 14 – Alyaksei Bondar, Artsyom Dubski, Mikhal Kryvau, Mikhal Pashkevich, Ales Straltsou, Ales Charnyshou, Tatsyana Tishkevich are sentenced to correctional labour without sending them to penitentiary institutions. They must charge the state 20 per cent of their wages. Anton Koipish and Uladzimir Syarheeu are fined of 100 basic units. The judgement was read by Alena Illina.

It should be reminded that about 5 thousand entrepreneurs attended the protest action on 10 January. They blocked off Independence Avenue protesting against discriminative decrees of Alyaksandr Lukashenka. 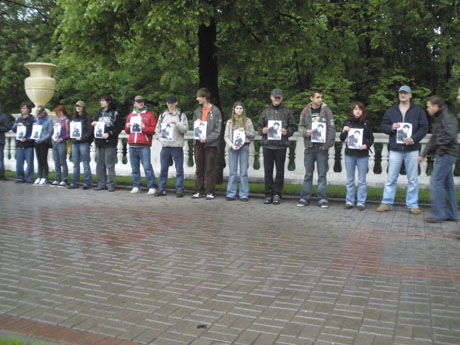 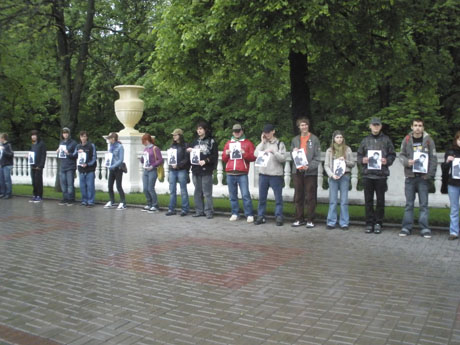 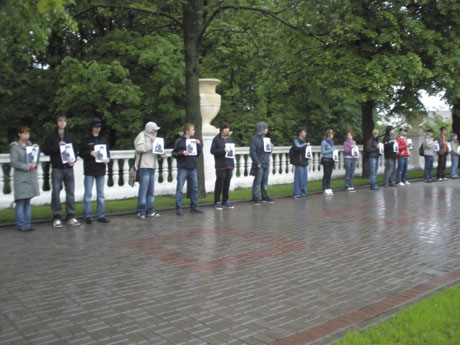