The civil campaign “European Belarus” is spreading to new regions of Belarus. Over the last week stickers depicting the EU flag and blue ribbons appeared in many towns in the Vitsebsk, Hrodna and Minks regions.

Activists pasted stickers in the places of public entertainment – in villages Narach and Svir, on railway stations near Minsk sea. 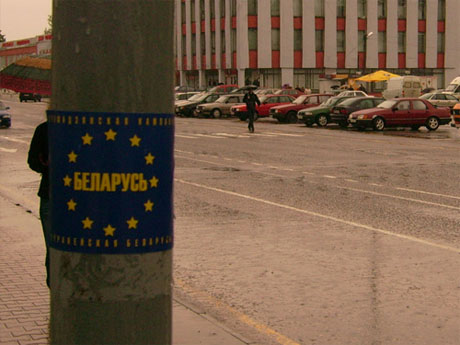 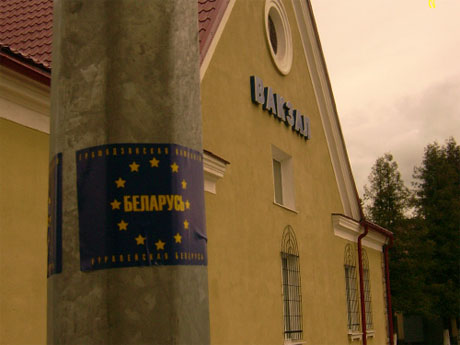 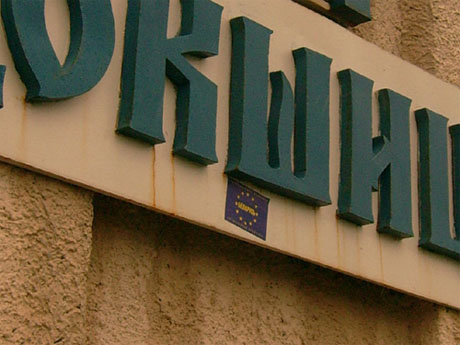 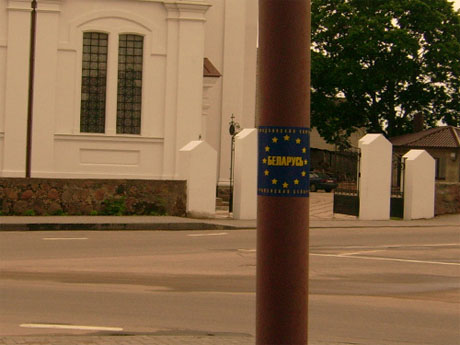 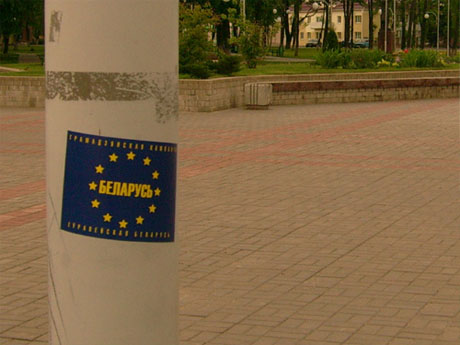 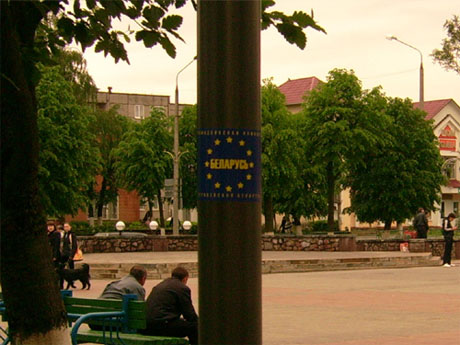 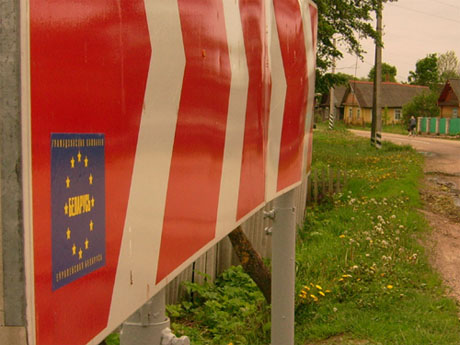 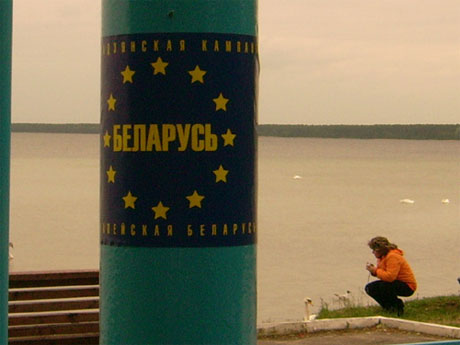