A national white-red-white flag and a flag of the European Union were placed by activists of the civil campaign “European Belarus” over the bridge in the town of Barysau.

As considered by activists of the “European Belarus”, these two flags were hanged out together on purpose, to show the citizens of Barysau that the future of Belarus belongs to the European Union. 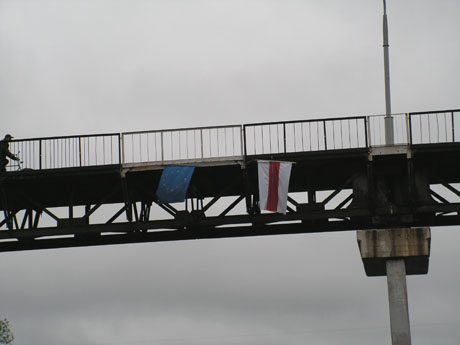 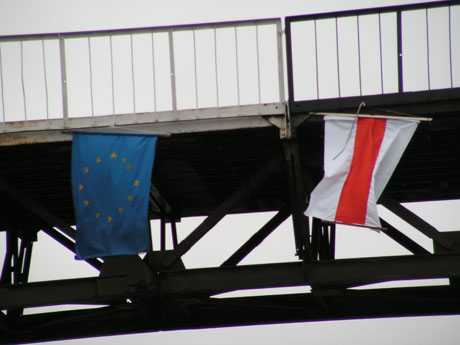 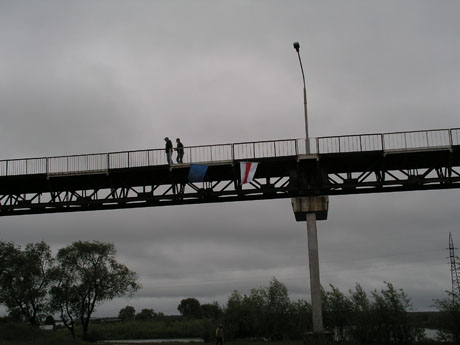