Activists of the Young Front organization tried to hold the rally in support of Georgia in front of the Russian Embassy in Minsk.

15 activists of the organisation gathered near the Embassy with slogans: “Stop aggression”, “Russia-Georgia: war with peacekeeping intent?”, “One sixth part of land – is it not enough?”

Participants of the rally managed to pass the petition to officers of the embassy. The picket lasted for about 10 minutes. Then policemen arrived. Ilya and Ivan Shyla, Andrei Tychyna and Lyudvisya Atakulava were detained. Activists were detained brutally. Policemen had machine-guns, they were wringing hands of the activists. As a sign of protest, activists sat on the ground. As a result, policemen were to carry the activists to the police car in arms.

The Young Front activists were taken to the police department of Tsentralny district of Minsk. 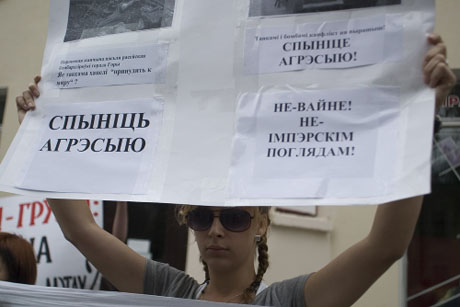 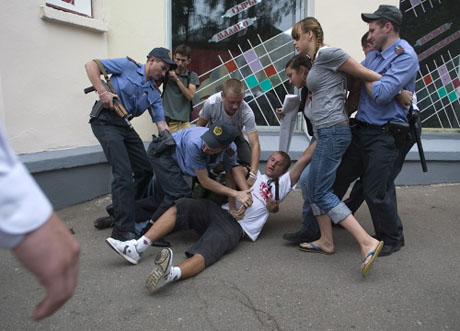 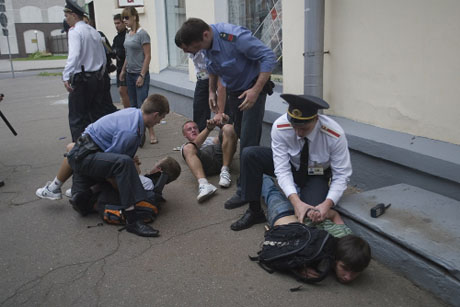