Belarusians who live in the USA carried out an action in commemoration of Belarus national hero Thaddeus Kosciuszko.

The action was carried out in Philadelphia, Pennsylvania, where Kosciuszko had been fighting for independence of North-American colonies. Belarusians who live here, were distributing booklets, dedicated to the glorious son of Belarus near Independence hall and near local Kosciuszko museum. After that a lection was held in one of libraries.

Belarusians told to Philadelphia residents about life of Thaddeus Kosciuszko, his fight for US independence, rebellion of 1794 and about ongoing fight for freedom in his native Belarus. 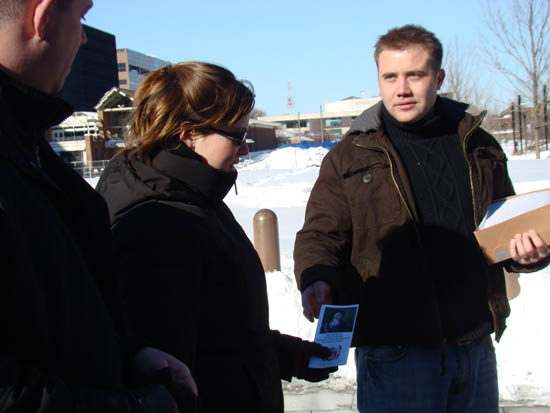 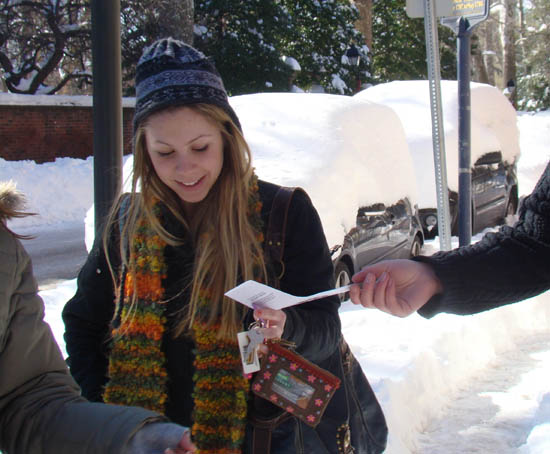 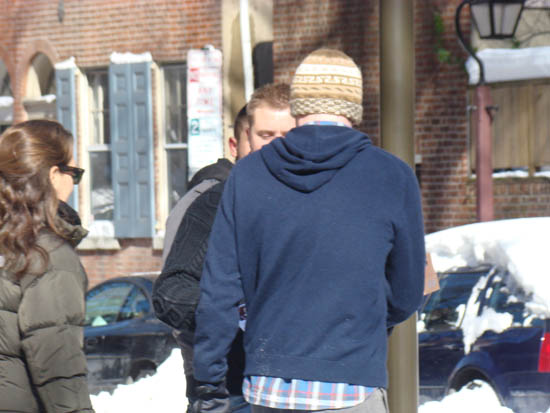 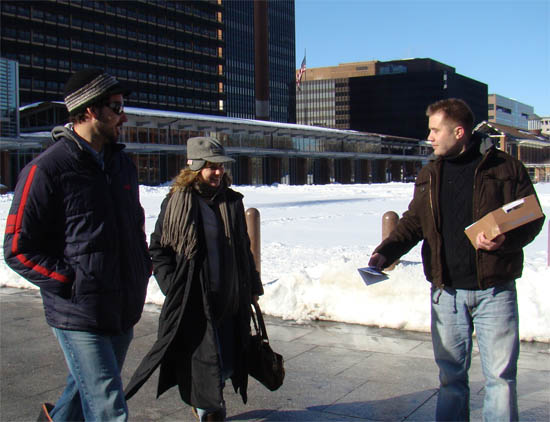 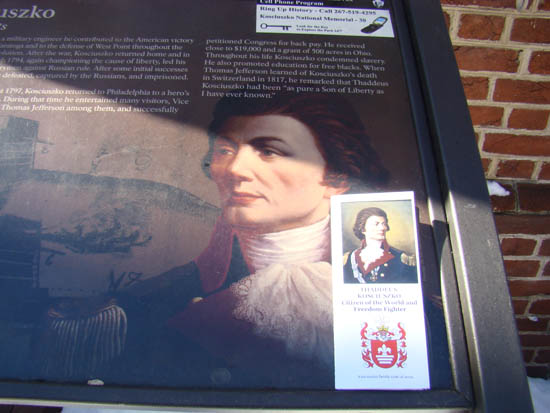 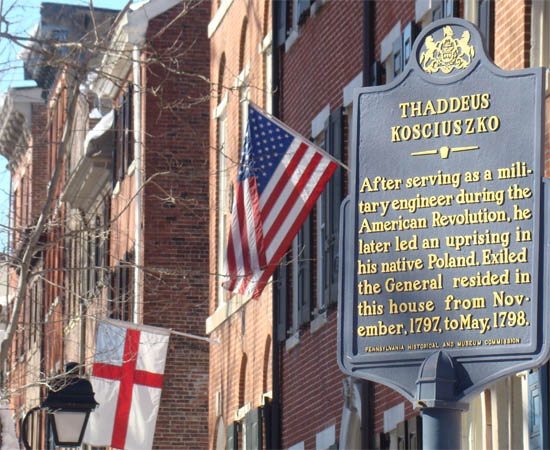 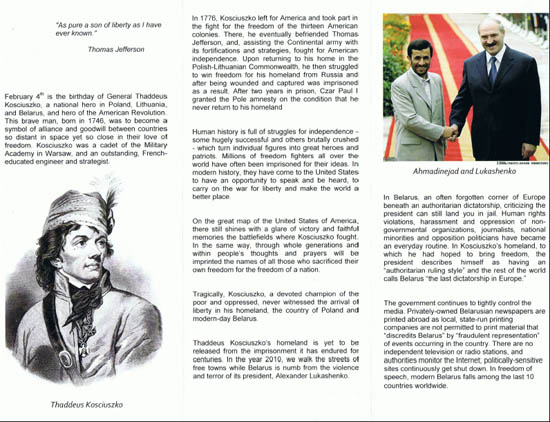