Hundreds of leaflets with a call to mark “Freedom Day” on Yakub Kolas Square were distributed by activists of "European Belarus" during the last two weeks.

In the leaflets, democratic activists invite people to a rally in the city centre, as well as demanding the release of political prisoners and the holding of new elections without Lukashenko.

“It is evident that the authorities, after the events of 19 December, will be afraid to allow the opposition rally in the city centre. But for us it is important to show that we are strong and we continue the struggle. And this is especially important for our friends, for our leaders, who are now behind bars. Therefore, “European Belarus” invites all its supporters on 25 March to Yakub Kolas Square, to celebrate in a fitting way this important holiday of Belarusians and to demand the release of political prisoners. It is our legitimate right and the dictator does not have the power to forbid us that!” Andrei Bajin, an activist of “European Belarus”, said in an interview with this site.

We remind you that the rally will take place on 25 March at 18:00 on Yakub Kolas Square. 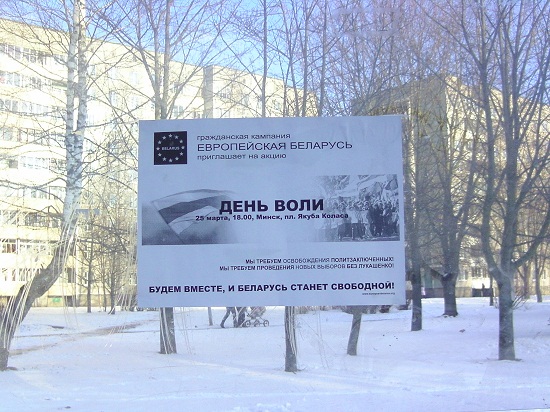 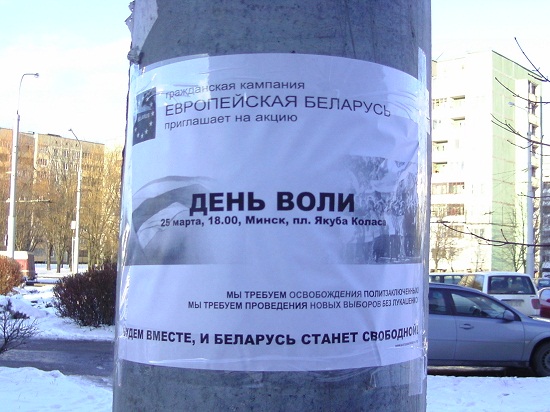 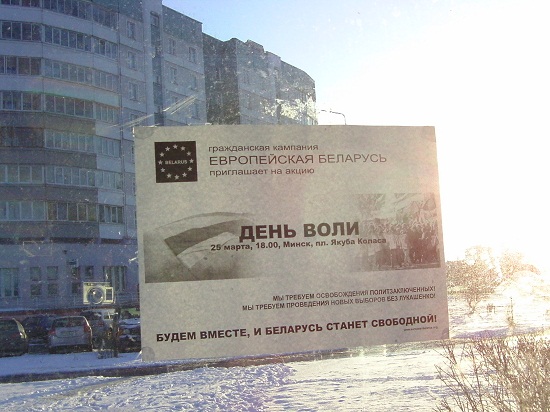 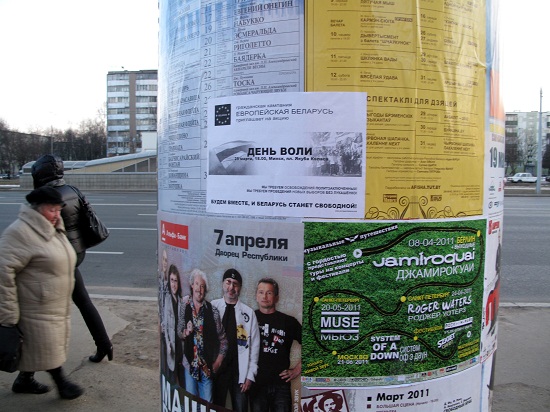 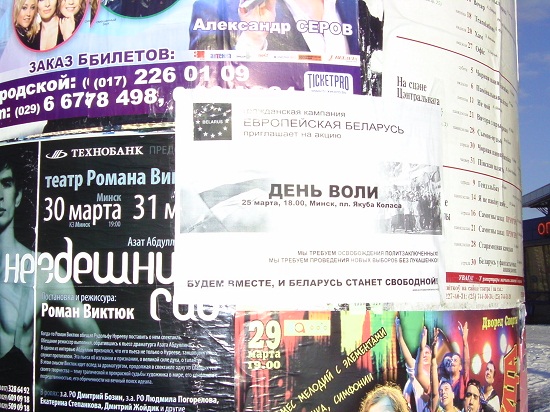