The banner appeared in “Uruchye” district on the bridge, where hundreds of Belarusians, passing by on foot or driving, saw it.

The “court” case of Dmitrii Bondarenko, the coordinator of “European Belarus” and personal aide of Andrei Sannikov, began today at 10.00 am.

In “Amerikanka” (the KGB prison) the politician’s state of health has deteriorated sharply. Due to illness in the joints and spine, Dmitrii Bondarenko is facing full or partial immobility, but he was not allowed to be examined by experts.

In the course of the so-called investigation, the article cited in the charge of the coordinator of “European Belarus” was changed to the “organization and preparation of activities that breach public order or active participation in them” (Article 342, Part 1 of the Criminal Code of the Republic of Belarus). Under this false accusation, Dmitrii Bondarenko faces up to 3 years in prison. 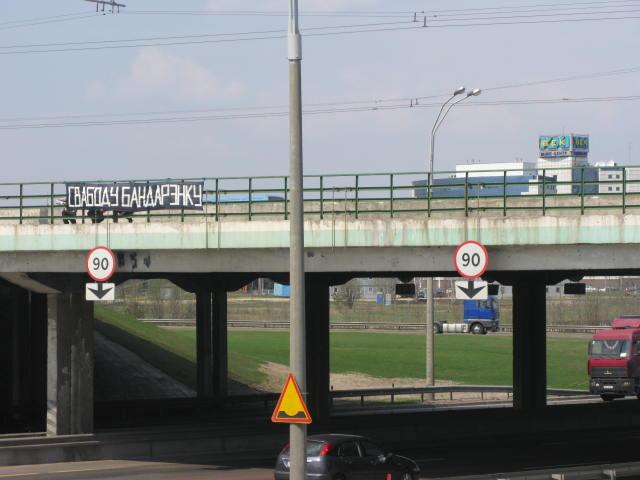 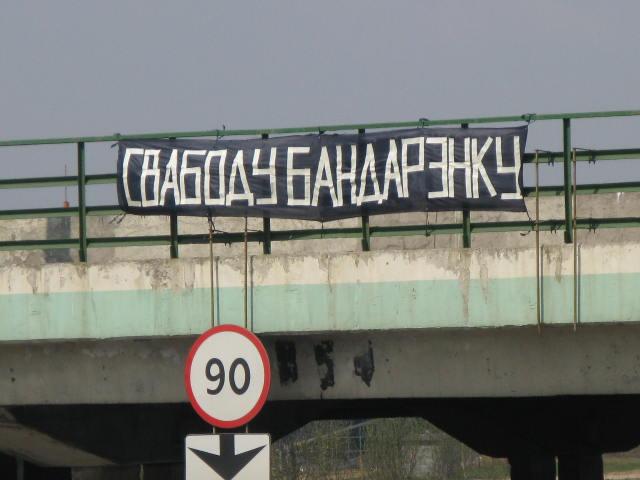 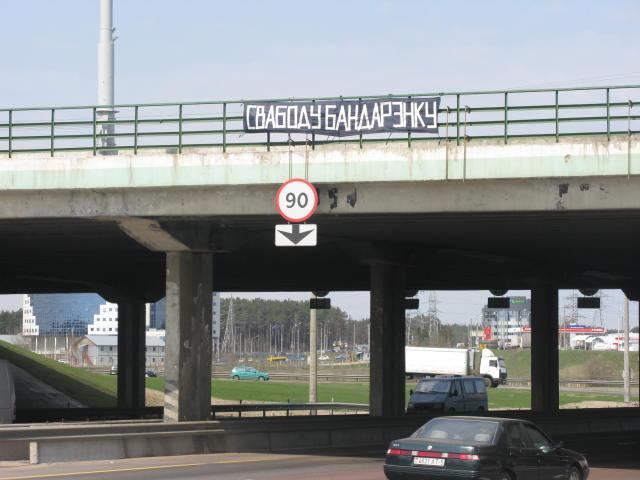