Rechitsa: “Sannikov is our president” (Photo)

In Rechitsa, democratic activists have stuck up posters with the words, “Sannikov is our president”.


The posters appeared in the city centre, at the central market and at bus stops.

We remind you that Andrei Sannikov, the presidential candidate, has been held at a KGB prison for more than three months. He was arrested on the day of the elections, 19 December, immediately after the breaking up of a peaceful act of protest - attended by many thousands of people - against the falsified results of the presidential elections. 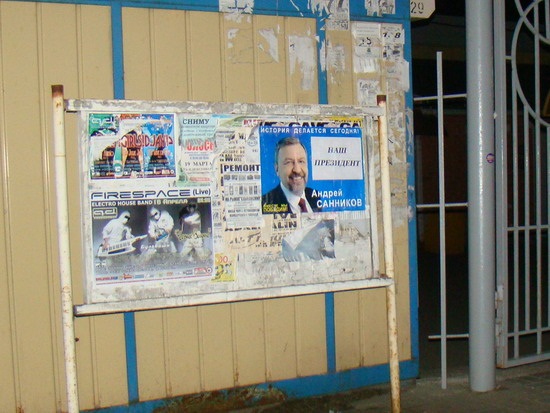 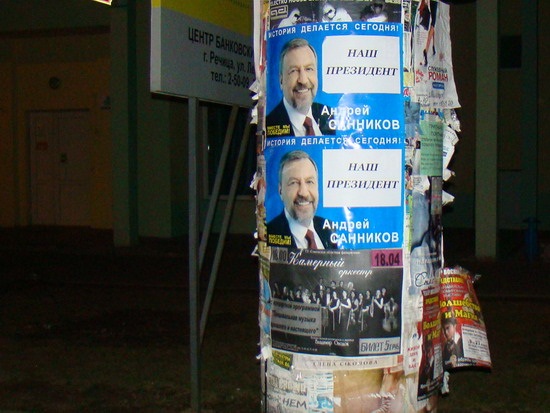 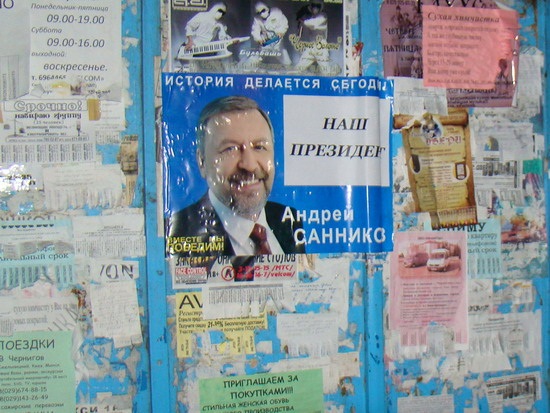