Prayer for returning of St Josef Church was held near the church 14 April, ahead of Solidarity Day. More than a hundred members of the civil campaign “European Belarus” took part in prayer.

People had lighted candles, read prayers and sang religious hymns. Flags with image of Lady Mary were waving above the crowd.

A year has passed since believers and democratic activists began active struggle against ruining of Bernardine monastery and for returning it to Catholic Church. Military commandant’s office was housed in the monastery for a long time. The city authorities planned to rebuild it into a hotel with a swimming pool and bowling center. But the public gained these plans hadn’t been put into practice. However the church hasn’t been returned to the believers, who owned it until 1863.

The prayer lasted about an hour and ended with collective singing of the national anthem “Great God.” After that believers put candles in the form of a big cross near the entrance of the church. 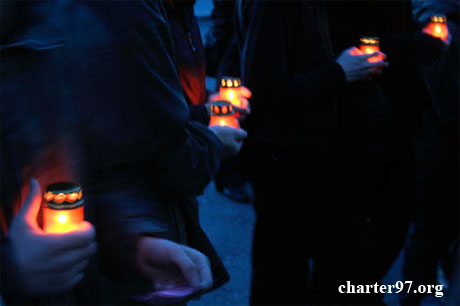 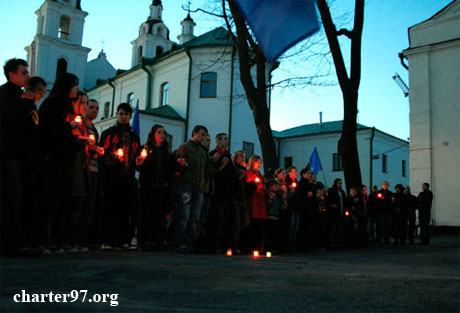 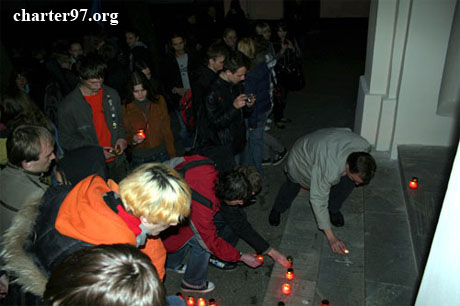 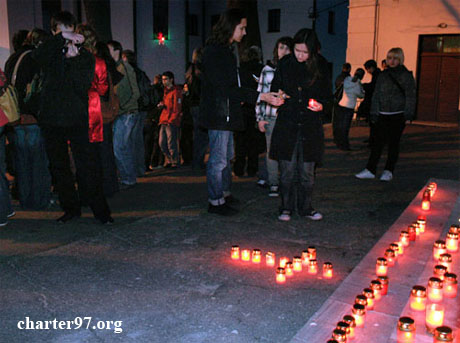 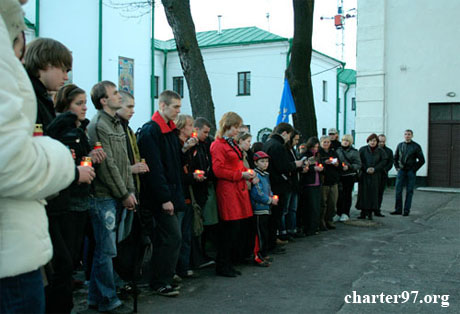 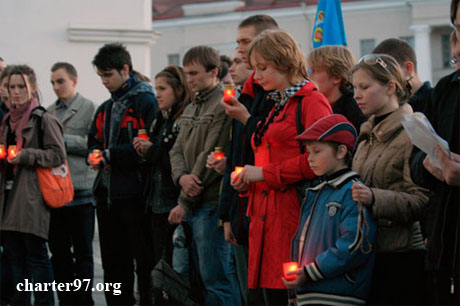 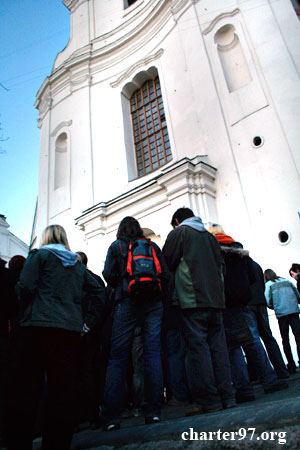