Actions demanding to release political prisoners were held by activists of the civil campaign “European Belarus” in Kastrychnitski and Maskouski districts of Minsk on 20 April.

Some groups of young people organised pickets near Medical University, hypermarket “ProStore,” on a crowded crossings of Esenin and Kasmanautau Streets, near Institute of Culture metro station, Sputnik hotel, Kazinets Square and Minsk College of Arts.

“Three opposition representatives are behind the bars now – Alyaksandr Kazulin, Andrei Kim, and Sayrhei Parsyukevich. By our actions we demand their release and demonstrate solidarity with our friends, who have trial now. The number of political prisoners may grow tomorrow. But the authorities should understand the changes can’t be stopped by repressions. Actions of solidarity will be held until a last political prisoner is set free,” one of the participants of the picket said.

An action on Kazinets Square was stopped after a militia car drove up to picketers. Though militia became more active in Kurasoushchyna district, other actions were held without problems. Some of passers-by asked about the aim of actions and expressed their support. 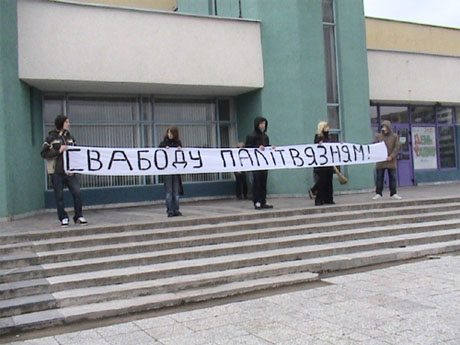 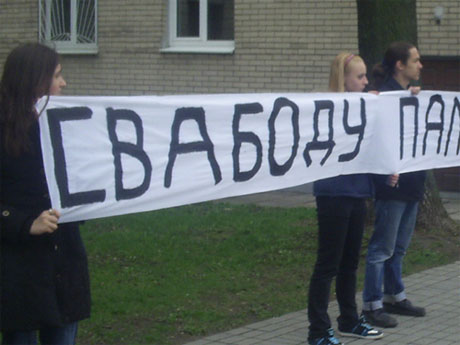 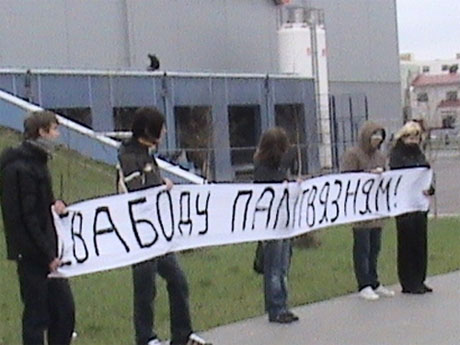 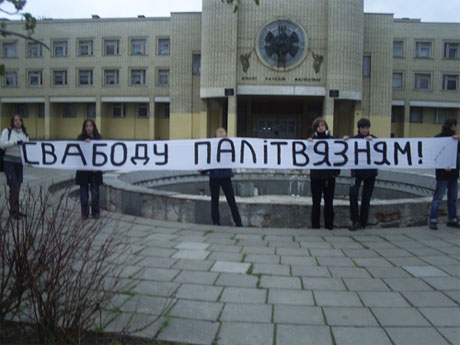