Activists of the civil campaign “European Belarus” hung out a big banner “Freedom for Kazulin!” in the Minsk center, on the bridge above Nyamiha Street.

Alyaksandr Kazulin, former candidate for presidency in Belarus, was sentenced to five and a half years of imprisonment in a penal colony for organising protests actions against rigging the presidential election results. The countries-members of the European Union and the United States of America require to release the prisoner of conscience. 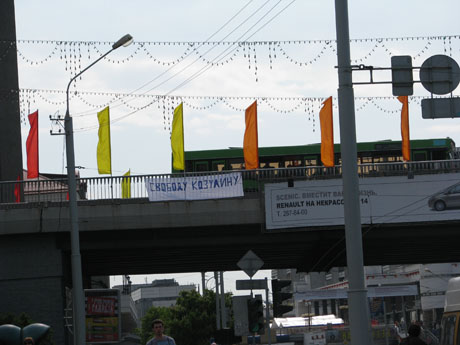 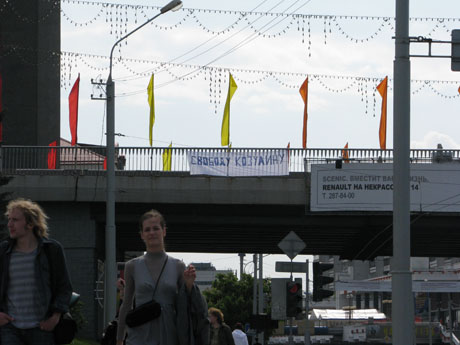 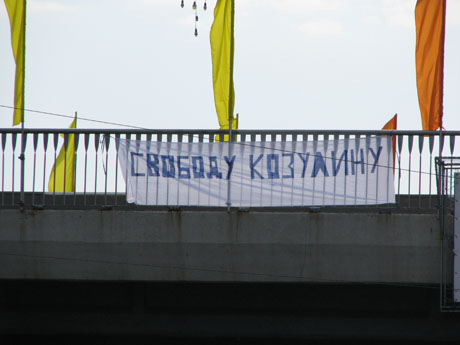