Activists of the civil campaign “European Belarus”, despite the blocking of Yakub Kolas Square and Yanks Kupala Park, were able to carry out a symbolic act in Minsk

First they laid flowers near the Red Church and then they held a rally near St. Joseph’s Church.

Activists, holding candles and portraits of political prisoners, prayed for the freedom of the country and the freedom of all those who are illegally held in prison following the events of 19 December.

We remind you that today about ten of our activists were preventively detained; flags and banners were seized from them, but the rallies took place. 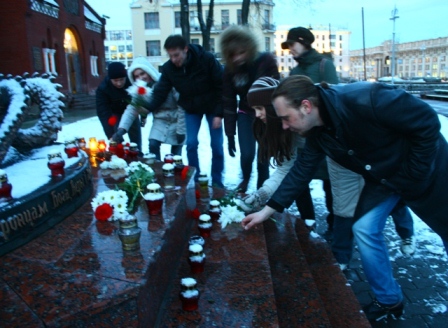 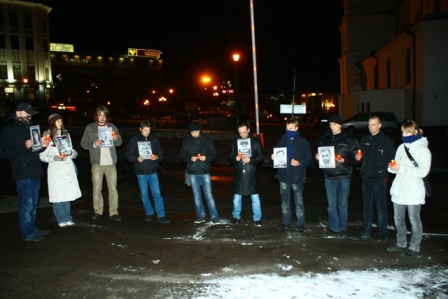 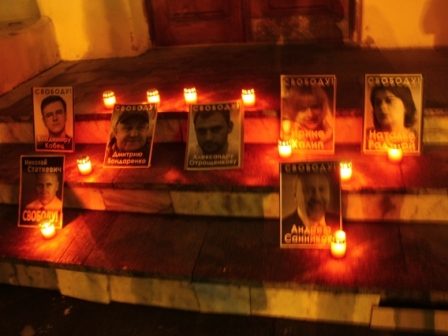 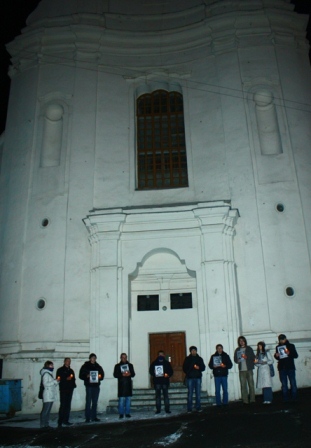