Riot militia officers forced participants of the solidarity action out of October Square in Minsk on 16 May. People came to the square demanding to release political prisoners.

16 April, a month ago the trial of 14 began in the Tsentralny district court on Minsk. 10 people have already been convicted. Seven of them are sentenced to 2-year personal restraint without sending them to special penal facility, two persons are fined. Andrei Kim is imprisoned for one and a half year. The people involved in the case of 14 are to have trial on 23 May in the Tsentralny court of Minsk.

The convicted on the case of 14 activists visited the today’s action of solidarity. Among them were activists of the civil campaign “European Belarus” Tatsyana Tishkevich and Ales Charnyshou, members of the United Civil Party Mikhal Pashkevich, Nikhal Kryvau, Young Front activist Uladzimir Syarheeu. Other activists of “European Belarus,” the Young Front, the United Civil Party, the Belarusian Popular Front and Minsk dwellers came to the square, too.

As soon as the participants of the actions took their positions with portraits, a militia officer in civvies and about twenty riot militiamen came up to them. The militiaman told through a megaphone the action was unauthorised and called on people to disperse. After that riot militiamen left the square. The participants of the action showed a militia officer the regulation of the Supreme Court saying going out with portraits in Minsk was not an unauthorised event and didn’t violate any laws.

However, after 10 minutes twenty riot militiamen came back to the square and began to force the people out of the square. The participants of the action were “escorted” to the circus building. They were not allowed to return to October Square. 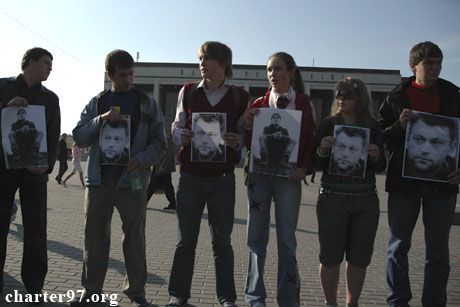 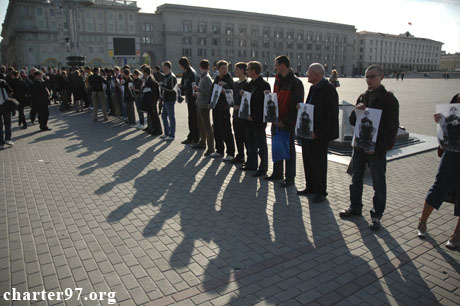 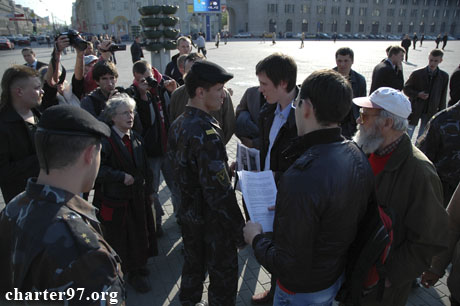 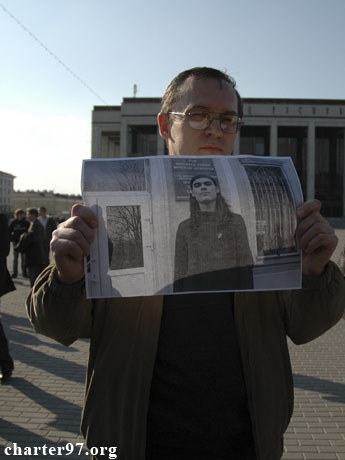 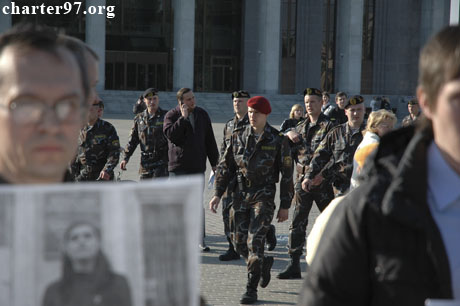 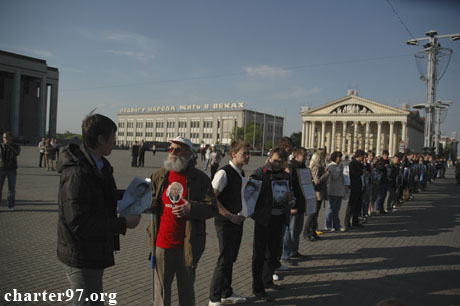 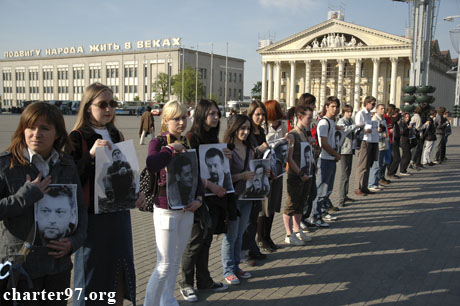 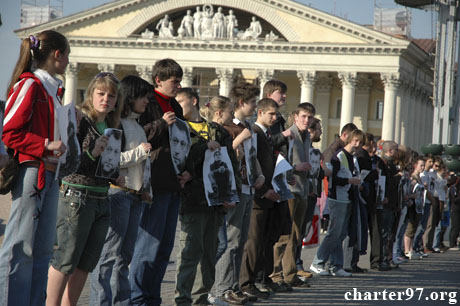 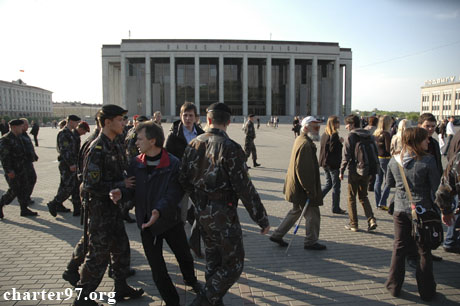 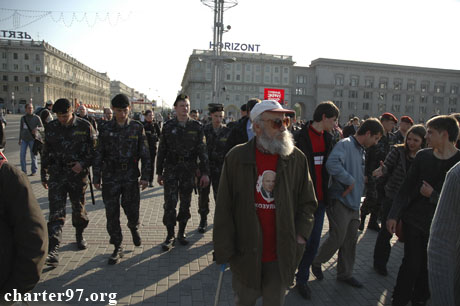 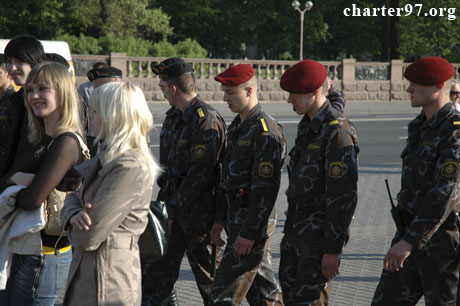