Today, 23 March, activists of the civil campaign "European Belarus" held an act of protest in Warsaw, near the Bristol Hotel.

The reason for the protest was the conference entitled “How to democratize Belarus”, organized by the Polish Institute of International Relations and the British Embassy in Warsaw.

In itself the conference was like others, of which there have been dozens in Poland and throughout Europe. The indignation was caused by something different: the composition of the participants, who represented the democratic forces of Belarus – namely Alexander Milinkevich, the “leader of the democratic forces of Belarus” (as he previously styled himself), and Yaroslav Romanchuk, the former candidate for the presidency of the Republic of Belarus.

Many people who came to the conference were at a loss how it was possible to invite and grant a speech to that person, Romanchuk, after the foul deed that he had committed. Surely, could not more worthy people represent the Belarusian democratic forces? After all, Romanchuk betrayed not only his own colleagues and associates, he betrayed all the democratic community.

The activists brought with them portraits of people who are now behind bars and whom Romanchuk so cynically slandered and betrayed.

After the opening of the conference, the coordinator of the civil campaign “European Belarus”, Dmitrii Borodko, asked Romanchuk one simple question: Does he have a conscience? He did not receive a response. After this, some participants as a mark of protest simply left the meeting room.

Yes, one has moments of weakness. And no one knows how to behave in extreme situations. But one must always have the courage to repent and acknowledge one’s guilt. Yet this is possible only when a person has a conscience. 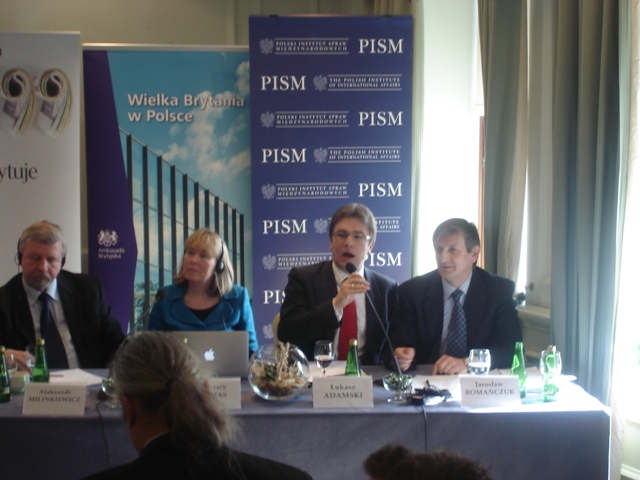 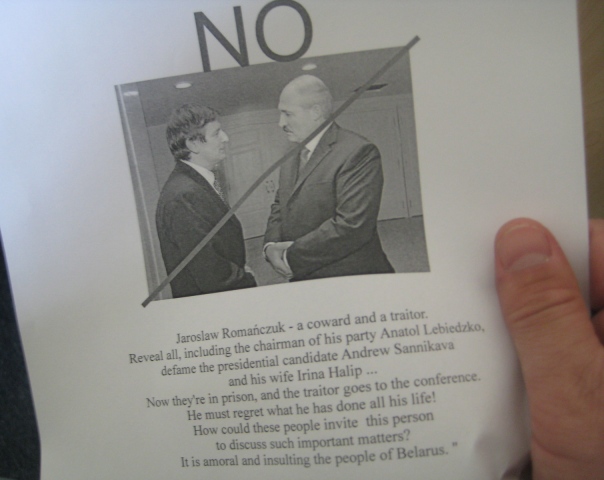 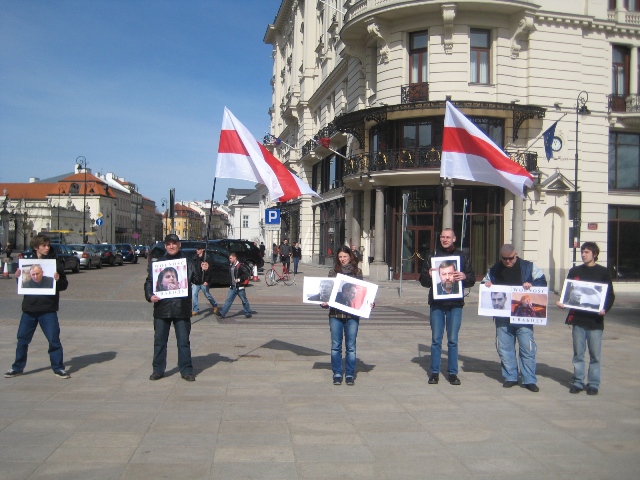