Today a picket was conducted by Belarusians in Warsaw, near the Regional Representative Office of the International Monetary Fund (IMF) for Central Europe and the Baltic countries. They called on members of the IMF from the USA and the European Union not to support funding of the Belarusian regime.

This week the Belarusian dictator asked the International Monetary Fund to provide loans of up to eight billion dollars.

During the action, activists handed an appeal by Belarusians to representatives of the International Monetary Fund, with a demand to stop the financing and support of the Belarusian regime. Apart from that, it was noted that no matter how much money the dictator might receive, it would be spent in support of the repressive machine and it would not bring the people of Belarus any benefit.

As the coordinator of “European Belarus”, Dmitrii Borodko, declared whilst handing the appeal to representiatives of the IMF, “Rather than taking a decision on providing a stabilization loan for the dictator, an international organization should put common human values at the forefront, not dry pragmatism.” 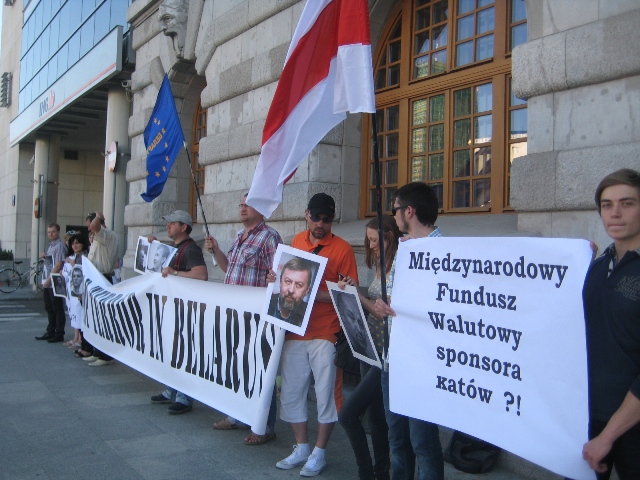 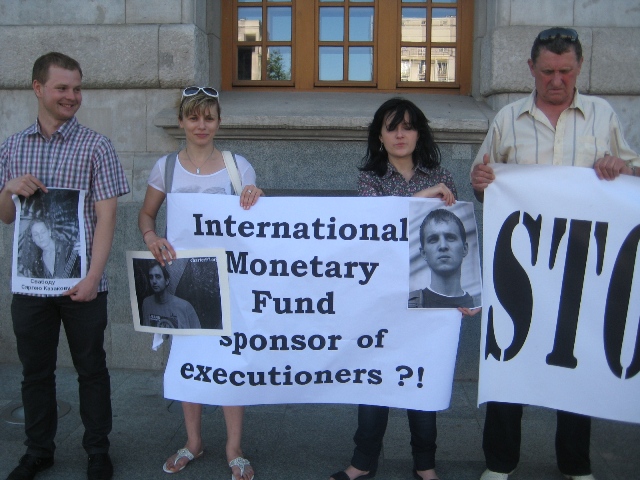 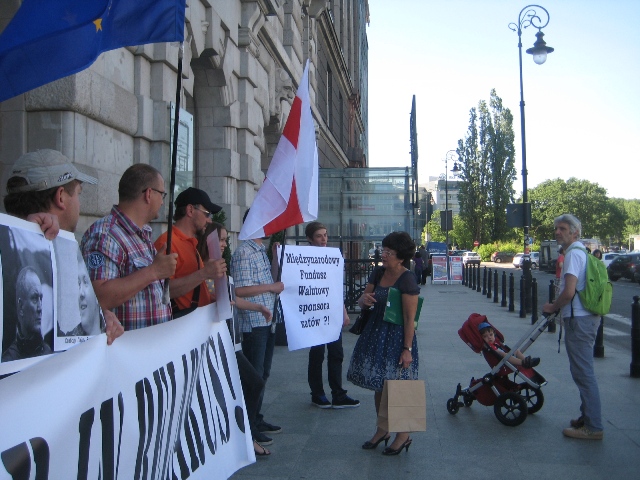 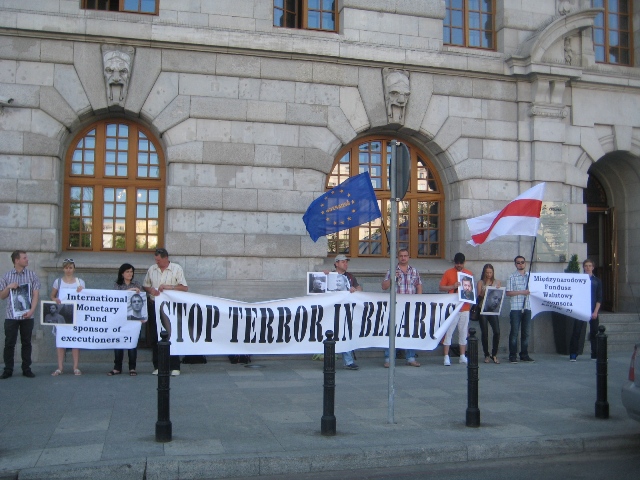 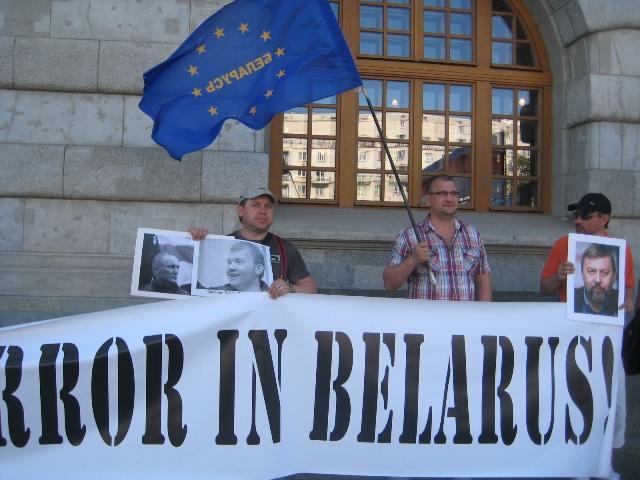 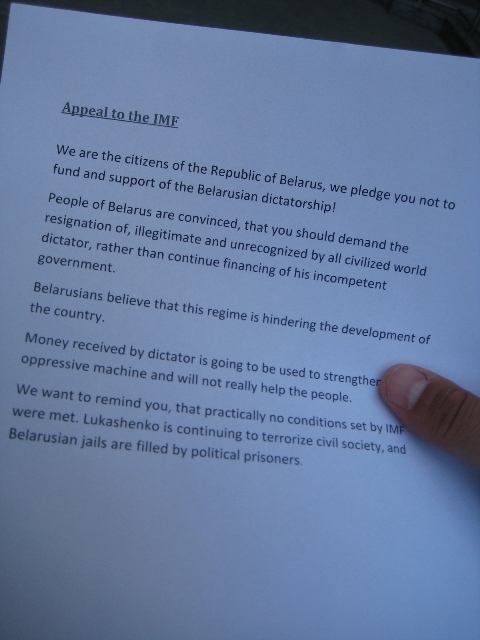